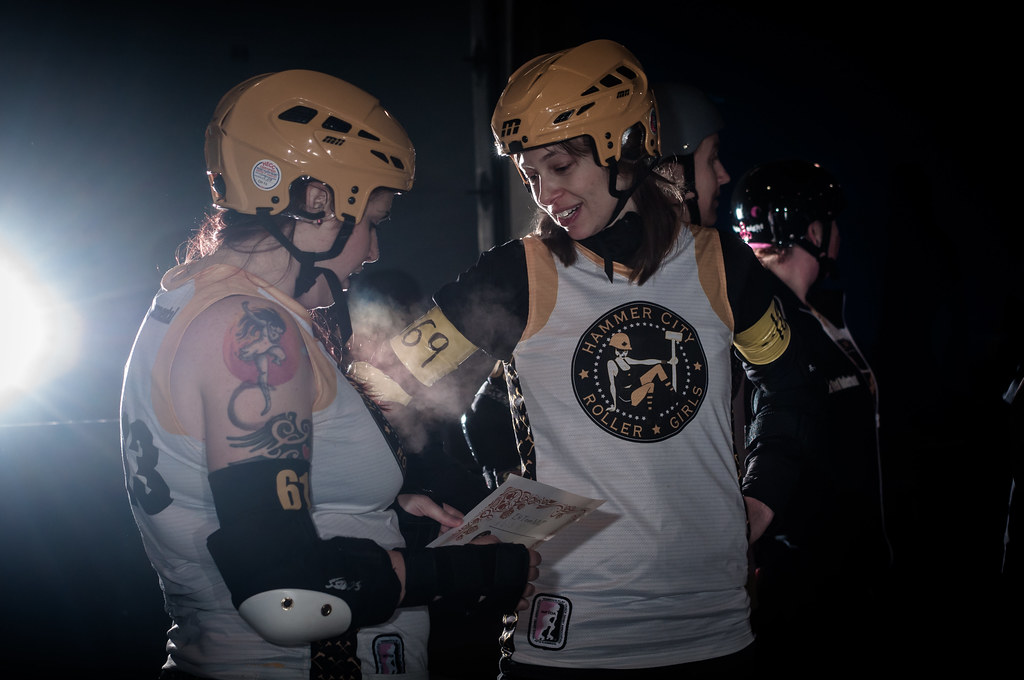 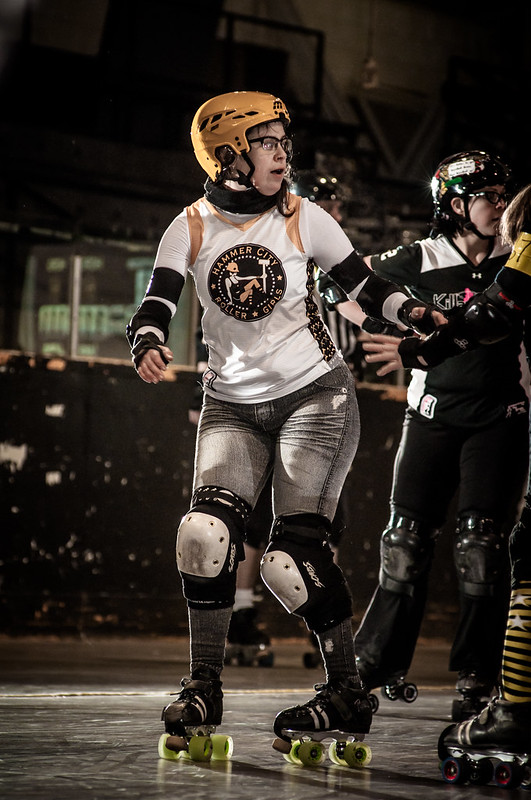 MC had let me know through the grapevine that the Hammer were playing Killamazoo in a hangover bout at 11 in the morning in Caledon. On Groundhog Day, Killamazoo had been at The Hangar in Toronto playing CN Power.
T
yphoid Maggie continues the story: “I distinctly remember that game. It was my first sanctioned game and maybe third bout of my derby career. I was shocked to see myself on the charter when it was released a few weeks before this game and even more shocked to see myself rostered. I was so very fresh and was still in the everything-is-chaos stage of learning derby. I didn’t understand how lines worked. I was still unclear as to how the penalty box worked. Strategy wasn’t even a thing in my mind. Yet, there I was – rostered to play. I was extremely nervous before the bout, but once we got rolling, I felt ready to play. I didn’t play much, but I was thrown out there as a relief jammer a few times. I got out of the pack, but I was definitely challenged by Killa. My second passes were quite unsuccessful.
I also remember that it was a bitterly cold winter day, someone made cupcakes, and I ate mine alone in the dressing room after the bout just enjoying the silence as I processed everything that had happened in the hours preceding that moment.”

From the Killamazoo viewpoint: “So cold, so very cold, I was bench coaching in a full length coat and winter boots shivering under one of those tall propane heaters.”

What I remember personally is the cold, and going outside where it was warmer, albeit by not much. The front foyer where everyone changed and sipped food or cuplakes was a welcome relief. 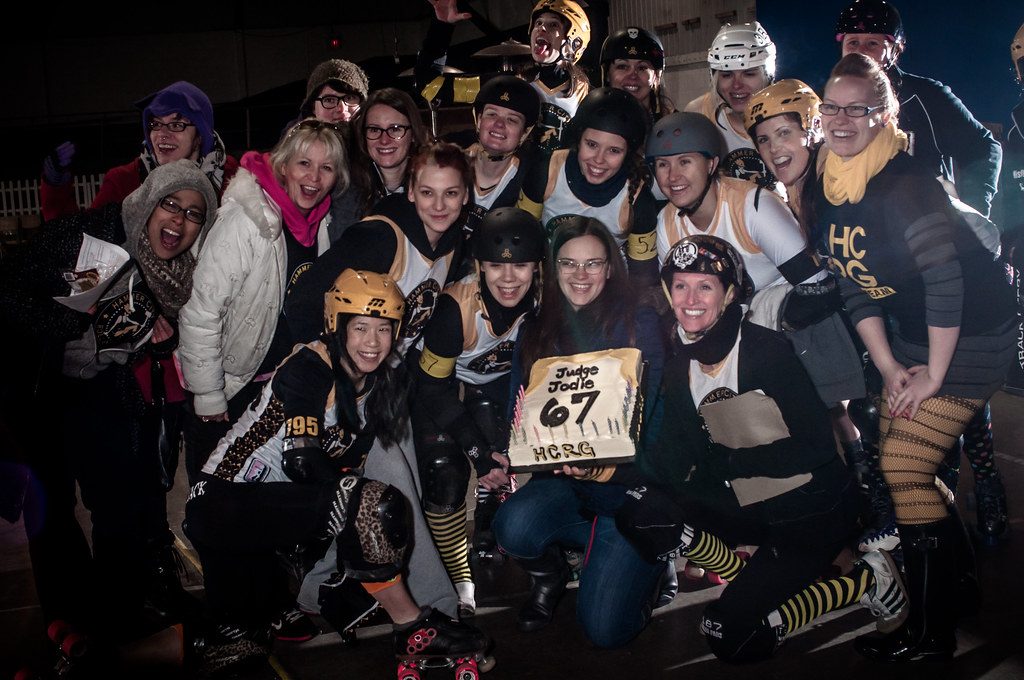 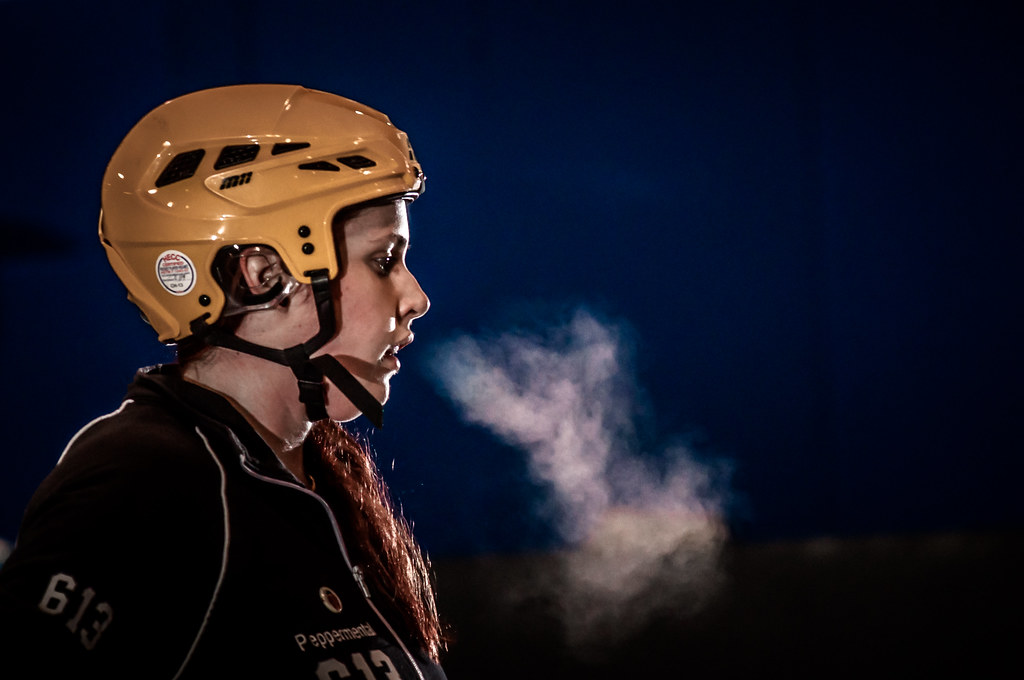 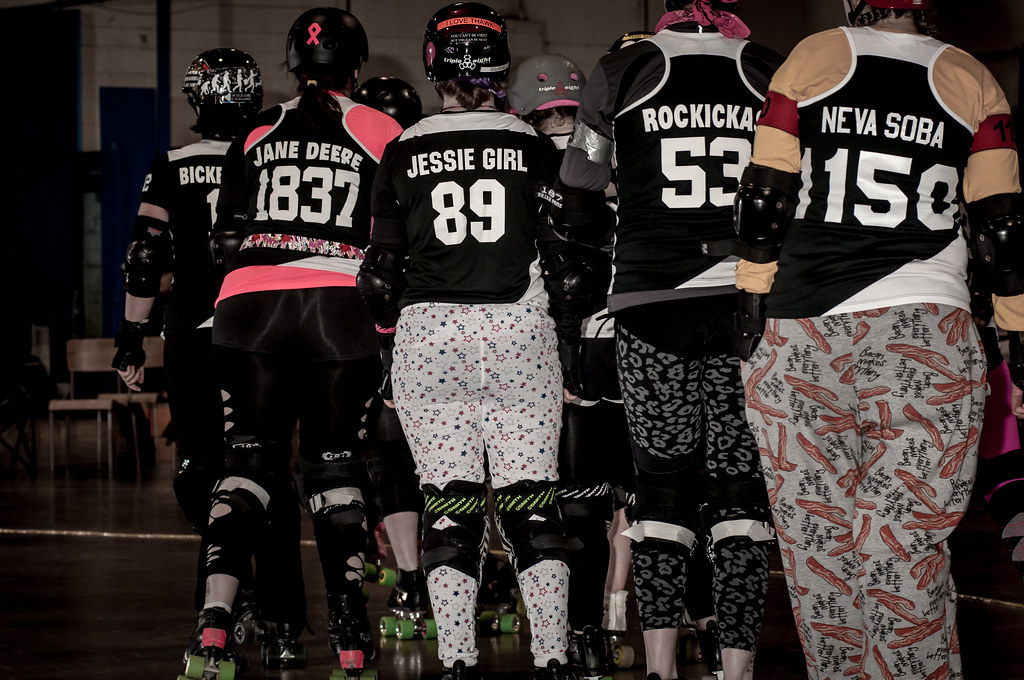 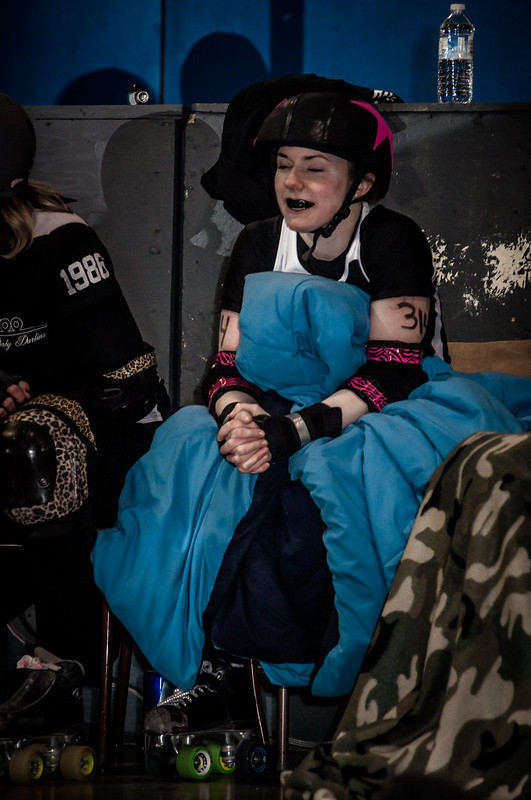