Over in the land of Forest City in Goderich:

It’s Heroes vs. Villains – and how fitting is it that Mirambo is one of the evil Villains?

Hammer City Harlots take on Roc City [from Rochester, New York] at Dave Andreychuk Arena with doors opening at 6, have you seen the bout poster? 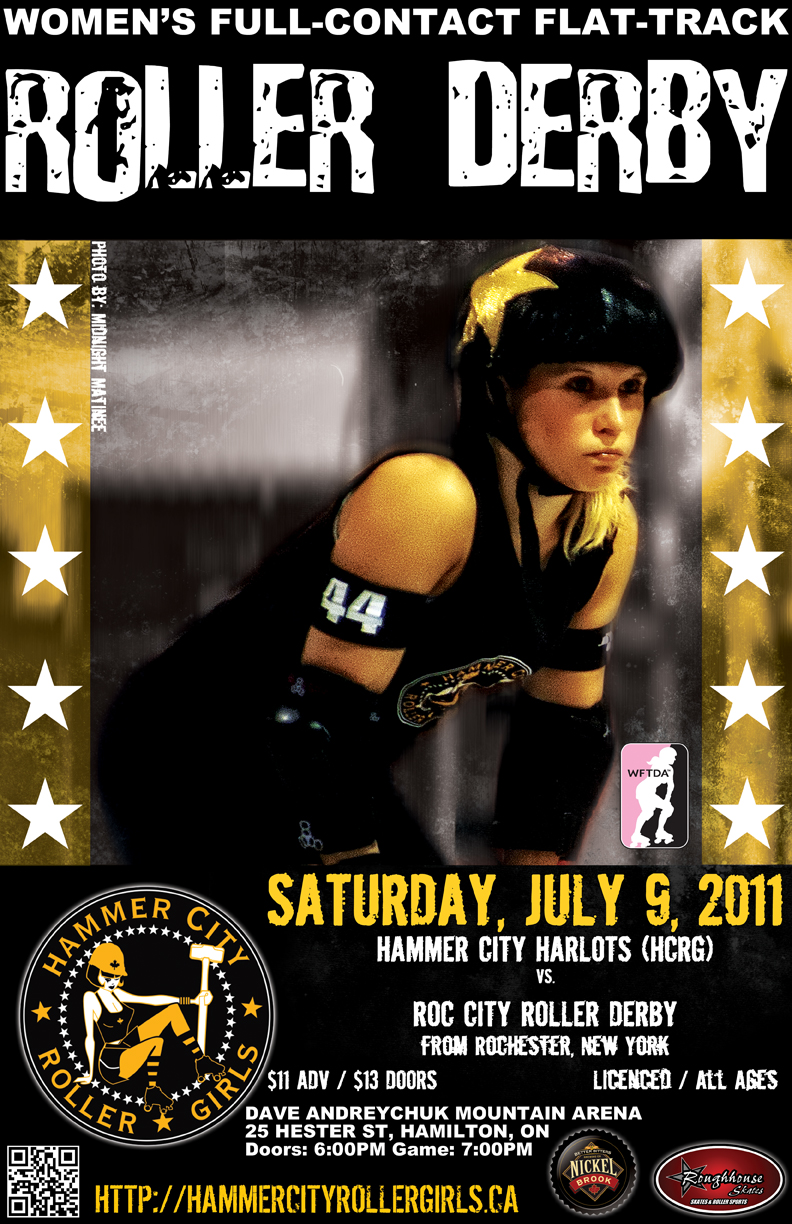 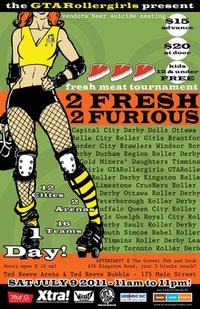 Meanwhile, closer to Toronto itself comes the revival of last year’s Fresh & Furious with this year’s Freshie tournament 2 Fresh 2 Furious. The sequel is even longer this year expanded to 16 teams from last year’s four which featured the debut of the GTA Rollergirls’s own Chrome Mollys. This season’s Chrome Mollys sees even fresher Mollys as they keep their eye on the prize against an invasion of leagues, some of whom have brought in their own teams of players who meet the maximum requirement of five bouts
or less experience or there has been a blending of leagues to form the sixteen teams who engage in a Beast of the East tournament format. All the games will be held concurrently at the two rinks of Ted Reeve Arena – with the semi-finals being played in the main arena. Twenty minutes playing time, double elimination knockout, 28 games in all. Starts at 11 a.m. Last game scheduled for 9 p.m. How much more fun can you have? This photographer will be one tired puppy at the end of it all.

[On another note, many apologies to all the players and teams who have provided background for some stories that are still in the creation stage. Life is getting in the way but we’re doing our best, but keep your eyes tuned here! Cheers for now!]